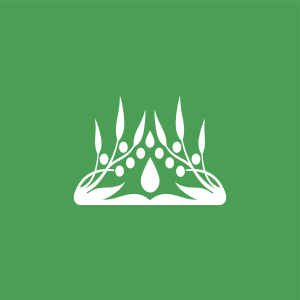 How CBD Stole the Spotlight from THC

For the better part of the past century, cannabis and hemp has been, in some ways unfairly, connected to marijuana and by proxy THC. However, as many consummate consumers know the more common compound found in cannabis plants is CBD. As the industry around this hemp-based compound explodes and it enjoys a renaissance moment, marijuana and THC has taken a lesser position in the green culture zeitgeist. CBD has, essentially, been the more straight-edged cousin of the rowdier THC. Best known for being the compound of choice for older users and consumers wanting a milder experience that lacks the psychoactive effect of the latter.

First, it’s important to understand the distinction between the two. THC and CBD are the two most proponent compounds, known as cannabinoids, found in cannabis. Derivatives of cannabis such as hemp and marijuana produce both compounds. However, where marijuana has a much higher concentration of THC, hemp has a much higher concentration of CBD oil. In America, part of the legality of hemp-based products is based on never exceeding a THC threshold of 0.3 percent.

While THC-infused products and options like marijuana remain somewhat contentious, CBD-infused products are being greeted in a largely different way with an explosion of innovations in pet products, beverages, e-pens, edibles, healthcare, wellness and even CBD oils. Additionally, derivatives such as CBD hemp oil, CBD lotions, CBD salves and even CBD seltzer waters are commonplace in health and wellness stores even in states where cannabis-based products are not explicitly legal, because of the kind of legal grey area cannabidiol exists within.

Even economic projects cite the eclipse of THC by CBD. According to data compiled by the Brightfield Group, the CBD market will reach sales of $22 billion by 2022 completing outpacing projected THC-infused cannabis sales. The projections are estimating an increase of 132 percent over the course of five years.  In some areas of the U.S. and Canada, even natural-based organic wellness shops and food stores are expecting to keep their shelves stocked with CBD based products including CBD oils, CBD oil tinctures for those in need of high dosage. Aside from smaller local wellness shops, the crux of the explosion of CBD is expected to be off the back of its potential to be included in mass retail chains such as Kroger and CVS as well as Whole Foods and Trader Joes, where organic items flourish.

Part of the reason for this explosion of CBD on the market is due purely to difference in chemistry. While on the surface both THC and CBD have completely identical molecular structures, the atoms are arranged in slightly different ways making the psychoactive effect of THC more prominent; meanwhile, CBD is non-psychoactive and has no semblance of the “high” sensation most often associated with THC. Still, both are chemically aligned with the endocannabinoid system found within the human body and they interact with the receptors in a similar, but not identical, way. Namely, THC attaches to the CB1 receptors in the brain, which produces the psychoactive euphoria effect. Yet, CBD effects are more neutered In fact, depending on dosage, CBD can dampen the effects that THC has on the CB1 receptors.

While there are states where recreational and medicinal marijuana is legal, on a federal level and in a majority of individual states, THC-infused products are heavily criminalized as a Schedule 1 Drug. However, the laws are steadily changing over time. Until then CBD remains the safer option making it available in mass markets in a way that THC products have not enjoyed outside of states with recreational and medicinal THC legalization.

Piggybacking off the legality argument, in 2018 even conservative lawmakers were in line with mass CBD legalization on a much further scale. In 2018, the US Congress passed the Hemp Farming Act of 2018, a provision of the 2018 Farm Bill, which legalized all hemp production, including low THC derivatives, laying the groundwork for increased visibility and availability of CBD-based products. Unlike marijuana legalization, CBD is not caught up in a partisan battle: the bill passed with bipartisan support in both chambers of Congress.

While many sources suggest that the CBD grassroots movement to eliminate some of the regulatory power has been assuaged by the powers that be, there still is a degree of regulatory influence keeping both CBD-based and THC-infused products and derivatives from flourishing in the mass market.

Even in states where marijuana is legal there are strict federal regulations to abide by for both CBD and THC distributors. For example, cannabis products are legally allowed to be manufactured and sold in California, but outside of dispensaries food additives or dietary supplements are prohibited by the Food and Drug Administration. However, it is less bleak for CBD products, which are allowed to be sold and distributed outside of marijuana dispensaries, which is not true for THC-infused products. Additionally, as far as distribution, THC-infused products cannot cross state lines, because interstate transportation is privy to federal inspection and regulation; however, CBD products are legally allowed to cross state lines and distributed accordingly.

As far as medical purposes go, 33 states have legalized medical marijuana; however, federally it remains under strict regulation. Alternately, in 2018 the FDA approved the first drug derived from CBD to be sold on the mass market across the United States: Epidiolex.  This hemp-derived product helps set CBD apart from THC. CBD has not only been permitted by state regulators, but also lays the groundwork for further CBD usage on a federal level freeing the compound from centralized regulatory forces and leading to a reexamination of cannabis derivatives by the Drug Enforcement Agency.

On May 31st, the FDA held its first public hearing on cannabis-based products, which centered around CBD given the passage of the Farm Bill and the previous legalization of Epidiolex. More than 140 people including CBD retailers, doctors, associations and researchers were in attendance where they spoke about the potential benefits, health and otherwise, to the compound. Additionally, they spoke about the need for further research, so the markets can more intelligently integrate the cannabis extract, something many see as inevitable. While the FDA came with their own questions for those in attendance, the mere fact of having a hearing on CBD sets it apart from its THC brethren who’s time at the forefront of the cannabis movement has been usurped.

The next step in the hearing process is a federal task force will decide what to do next, given the information offered at the hearing, in regard to a potential FDA-approved process to help incorporate CBD in the most appropriate fashion to a market of enthusiastic consumers. However, its is important to note that any win for CBD is not only a win for cannabidiol, but also for cannabis, hemp and, by proxy, THC.

While the word of cannabis derivatives is on shaky ground, CBD has been able to wrestle its way to the top of the industry as legality looms over the hemp industry, THC remains the stepchild in the fight, but through the attention garnered by CBD all cannabinoids benefit. A rising tide lifts all ships, and the ocean waters of CBD have been growing larger and the imminent wave is likely to bring along THC with it.